Normal Background Radiation – Are You Being Zapped? 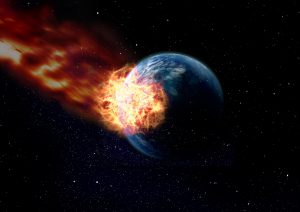 Normal Background Radiation comes from one of two sources.  One type is produced naturally by decaying Atoms that are all around us in our environment.  An example is  Alpha particles  produced by the element Radium.  Radium is found  commonly in the ground and in granite rocks.   It naturally decomposes into Radon Gas, releasing   an Alpha particle.  These particles are part of normal background radiation.  Another type of normal background radiation is caused by Beta particles (electrons).  Also included are Gamma rays, which come into our environment from outer space, and can be measured by special instruments called Geiger Counters. Ionizing radiation is radiation that can cause other atoms to change state and can induce them to morph into other types of atoms. As a consequence, they  can release Alpha or Beta radiation in the process.

One of the most common sources of natural ionizing normal background radiation effecting  humans, is Radon Gas.  This gas is formed by the decomposition of the element Radon. It is commonly found in our soil and various earth rocks like granite.  Radon gas is the source of over 50% of the human exposure to ionizing radiation on our Earth.  Other ionizing radiation sources found are: X-Rays, Gamma Rays, Cosmic Rays, Beta Rays, and Alpha particles.

Normal Background Radiation Exists Surrounds All of Us 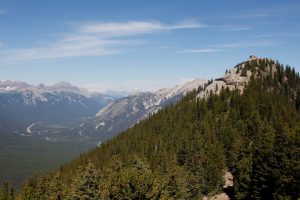 Normal background radiation types on earth  include Alpha, Beta, Gamma, X-Rays and Cosmic Rays.  All human inhabitants of our planet are exposed to  radiation throughout our lives.  A great deal of  this radiation occurs naturally, but some types are man-made:including X-Rays, used for medical purposes, and Atomic Radiation produced as the result of military weapons tests, and nuclear power plants. Airline pilots, flight attendants, and frequent flyers are exposed to elevated levels of Cosmic Radiation during airplane flights.  Jumbo jets normally fly quite high above the earth, upwards of 40,000 feet (about 8 miles).  Cosmic radiation at these altitudes is up to fifty (50) times greater than at sea level.

Exposure to normal background radiation can be measured over the long term by devices called film badges.  When background radiation sources penetrate the film on the badges, it exposes the film, and the degree to which the film is exposed is a measure of the incident radiation over time.  Radiation badges are typically worn by workers who are commonly exposed to ionizing radiation such as X-Ray technicians, or medical personnel working with radiation measurement instruments in laboratories.  Other workers exposed might fall into the category of defense workers or workers in nuclear power plants. 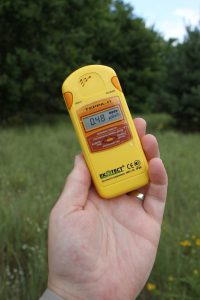 Film badges can be are often  used to measure radiation exposures over long periods of time, such as a week or month.  These badges, as the name implies contain a photographic film emulsion that changes form when it is exposed to radiation. They are used one-time only, and as a result  are discarded daily. Badges must be read by special equipment after longer exposures such a a day, week or month, depending upon the situation. Film badges attach to a persons clothing (like an ID badge).

As another precaution, workers use Geiger Detectors, which measure human doses of radiation as it happens.  These detectors instantly sound alarms when dangerous levels of ionizing radiation are close to them. Portable radiation meters determine incident radiation using a detector (Geiger Meuller tube), that often shaped as  “wand” or hand held device.  As this device is brought closer and closer to the radiation source, the  meter  numeric indicator on the  instrument increases in value. Detected radiation also can create audio “clicks.” The more clicks per minute, means that  higher radiation is being encountered.

The average person receives about 300 millirems of  normal background radiation in one year.  This  radiation emanates from Radon Gas and Cosmic Rays.  If  you live in a city similar to the  “mile high city”,  Denver Colorado, you are exposed to  about 400 millirems per year on average. Radiation exposure over time can be expressed in millirems or microSv (Micro Sieverts) per year. 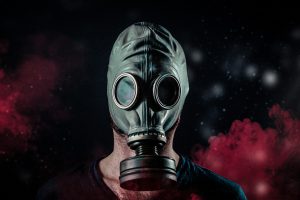 Workers in nuclear and weapons manufacturing faculties are limited to annual exposure limit of 5000 millirems ( (5 Rems), which is greater than normal background radiation. This limit is set by the U.S. Nuclear Regulatory Commission.  In contrast, this turns out to be about 10 times the rate for  non-worker exposure recommended limits!  If you are in the military services, this limit is imposed on you as well.

Certain foods emit various forms of normal background radiation.  This occurs because vegetables, fruits and grains  are grown in the soil.  As a consequence the food absorbs it, and becomes radioactive. All bananas and kale are slightly radioactive.  table salt, or Sodium Chloride (NaCl)  is not very radioactive, but a common salt substitute Potassium Chloride (KCL)  is; and commonly fixed amounts of it are used to test radiation measurement instruments.

A  small amount of Americium (Am 241 Dioxide) is found in most home and industrial smoke detectors. A  metal disc (5 mm diameter.) of this material is used in the smoke detection process. This disc puts out a directed amount of radiation which is focused between two capacitor plates. This Am241 button of material ionizes the room air in between the plates allowing some electric current to flow in the measurement circuit. If normal current flow is interrupted then smoke particles are present: thus setting off the alarm. This limited amount of Americium Dioxide, approximately (0.3 micro-grams) emits mostly alpha particle radiation inside the smoke detector and can be sensed by a standard radiation meter.

Given the small amount of Am241, it’s not enough  to present health hazards to a dwellings occupants. In any given day, a person will receive, on average, about 10 microSv per day of normal background radiation. This sums to  3650 microSv per year. As discussed above, all natural background radiation comes from space, our Sun, Radon in our home and soil, and other materials. Smoke detectors can radiate persons with an annual dosage of about 80 microSv, according to Nuclear Radiation Commission (NRC). In proportion, this amounts to about 80/3650 or only (2.2 %)  of our total yearly normal background radiation exposure.  Out of caution, home smoke detectors should be disposed of properly and not just put into the trash. Check with your local waste disposal authorities to see how they recommend this should be done safely.