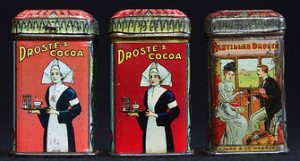 Eco Friendly Food Containers  can offer an important advantage to most families. Preparing and storing food helps us to  provide nutritious food for later use.  Food storage has been with us for most of our human history. Before refrigeration, early pioneers, as well as ancient cave dwellers, learned to smoke meats and preserve them for later consumption.  They stored grain in clay jars, and wine in lead lined jars as well. (this later proved to be a bad idea!)  In the 1900’s,  storage containers consisted of glass containers, usually jars with rubber sealing lids to keep food safe for shorter periods of time.  Tin food containers were also popular for dry food storage.

Plastic Containers Win the Day in the 1950’s

In the 1950’s, food leftovers were kept in specially formed plastic containers. Small fortunes were made by neighborhood lady salespersons holding Tupperware parties.  Tupperware was an early innovator in this space and  achieved  success in the home food container market after the War. When plastics became more prevalent, all types were fabricated into containers for food storage and for use in refrigeration storage. Unfortunately, not all plastics are suited to the job of food storage. Temperature of course, becomes a factor.  Containers suitable for general refrigeration at temperatures of 37 (degrees F), are not suitable for use in the freezer.  Trouble may  also occur if you attempt to store leftover hot foods, in some containers. This is because the higher temperatures involved can bleed off chemical agents from the container into the food itself.

Some plastics may have chemical properties which may alter the taste and chemical nature of the food contained.  In general, the lesser the effect, the better.   We shall explore some of the less desirable consequences and then suggest some eco friendly food containers.  Some popular and relatively inexpensive  containers are made out of plastic, which is a derivative of petroleum products. Plastic is of course a very low cost, useful material which is found in just about everything.

Some plastic containers for storing and heating our foods may turn out to be problematic. The Federal Food and Drug Administration (FDA) has been evaluating the safety concerns related to  plastic packaging and storage containers for quite some time. Poly-carbonate plastic is often used to make food and beverage containers. Plastic coating is used to line “tin cans” (really steel), and many varieties of paper containers. Many metal cans exhibit a  ‘metal taste ‘ after opening. Using plastic liners seems to mitigate this taste issue and keeps it from being a problem.  Bisphenol A (BPA), part of the chemicals that make up poly-carbonate plastics are used in the manufacturing of food storage containers today.  The quantity of these plastics used is not insignificant. Reportedly over two billion pounds of plastics containing BPAs are produced every year.

What are the Possible Health Effects on Food of Using BPA in Containers? 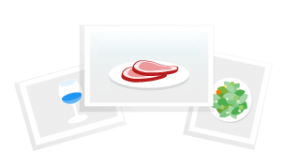 Since the late 1930’s it has been shown that BPA chemically resembles estrogen, and will bind to the same receptors in the human body as normal female hormones. These estrogen emulators  have been shown to promote human breast cancer growth, and also to decrease the sperm count in animals such as rats and frogs. The Center for Disease Control performed studies that found traces of BPA in most urine samples in a 2004 study. The studies continue in both the USA and Europe to evaluate the effects of BPA in the human body. It may turn out that the use of BPA chemicals will never result in eco friendly food containers.

Suggestions for Lowering BPA Intake from Storage and Food Containers

In 2012-2013, the FDA recommended that BPA containing plastics be disallowed for use in packing provided for children’s products including infant formula, baby bottles and cups. Recommendations for BPA intake in the general population seem less clear. Some studies suggest that some BPA containing plastics are possibly safe in this way.

How can I Identify a Non-BPA Plastic Container?

When plastics are manufactured they are produced with a “resin code” on the container. This is usually a number placed in a triangle shaped symbol on the side or bottom of the container. The code “7” , appearing on these containers suggest that BPA may exist in this plastic, and this could represent a non eco friendly food container.

Is Heating of Plastic Containers Problematic?

Studies show that heating plastic food containers in microwave ovens, or storing very hot foods such as soups, teas, coffee, and other beverages, increases the uptake of BPAs into the food or beverage  being heated.

Consumers who have concerns about BPA poly carbonate  plastics, might want to consider avoiding  them.  Glass bottles and containers, which can be made to be lead free, represent a  quality eco friendly food storage method for most foods and beverages. However, if you have tops or covers for your  glass containers, please look them over to see if  they contain any BPA’s. 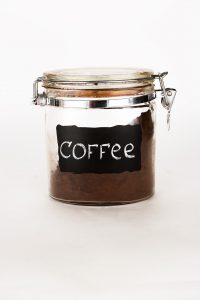 Glass is Hard to Beat as an Eco Friendly Food Container

Possible health issues issues involved in plastic storage containers continue to be studied and evaluated. Results differ in the studies that  the FDA, CDC, and independent researches institutes and universities fund.  It appears that it will take more time and  resources  to eventually reach any scientific definitive conclusions. Please standby for future developments in the ongoing quest for a “magic material” that should be used to fabricate  all of our  future Eco Friendly Food Containers. In the meantime, maybe we all should revert to to glass for a safe, reliable, refillable, recyclable and inexpensive food container that’s been around for thousands of years!